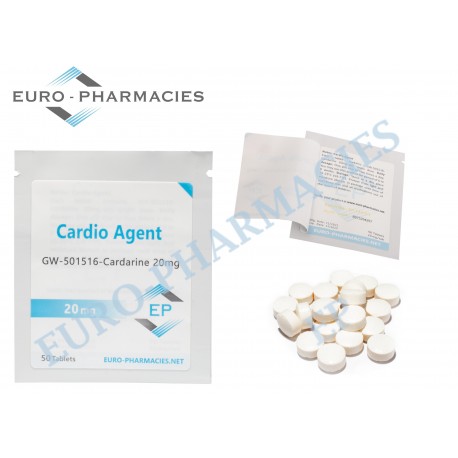 Gw-501516 also known as cardarine was originally developed during the 1990s in the fight to prevent increasing number of people with tumor formation found in breast tissue ,prostate and in the colon.
GW is not truly a sarm but a ppar Agonist that has been shown to fight certain disorders such as obesity and other medical conditions such as diabetes.

(GW) binds to the PPAR receptor, a specific group of receptors ( that detect thyroid and steroidal hormones in the body) that initiates the PGC-1a enzyme. This action leads to gene expression that revolve around energy expenditure.

Studies involving GW-501516 have shown to increase the metabolism of fatty acids in rats. It was also shown in the same studies to reduce the odds of obesity even with poor eating habits and work to aid in prevention of Type-2 diabetes. Cardarine has been shown to greatly increase HDL (good cholesterol) by almost 80% and decrease LDL (bad cholesterol).
The effects of Cardarine are significant and have become highly sought after and a welcomed addition in the bodybuilding industry and also for any type of performance athlete.
Here are a few benefits you can expect from GW.
Increased energy
Improved glucose uptake and aerobic capacity
Increased endurance may be the PPAR-RA’s most incredible attribute.
Users will find out they do not tire out as easily and can train more frequently, harder and for longer periods of time. For those running AAS.
We know certain compounds will have a negative effect on our respiratory system, affecting our breathing and reduce our aerobic capacity. Cardarine should help alleviate most of these conditions.
Cardarine also will help with fat loss. If nothing else, you’re able to perform your cardio more intensely and longer. Further more, it doesn’t carry any catabolic effects, so muscle loss will be of no concern.
GW-501516 has been shown to increase nutrient efficiency. You make better use of the nutrients you’re consuming. Those who use GW(Cardarine) will find increased levels of glucose uptake and fat stores reduced also.
(GW ) is great to use during a calorie deficit it will help burn away that stubborn fat without sacrificing muscle tissue
(Gw)Cardarine is not a stimulant , so you will not experience anxiousness, nor jitters , thus you will experience no crash.
There have been no known side effects to date

Gw can be stack with other sarms and AAS
BULKING (More ideal for recomping and lean mass) See Below
Recomp GW-501515 stacks amazingly well with LGD and S-4 and can provide drastic results in such a short duration, although LGD is great for bulking the addition will help keep you full while peeling down without flattening out..
Cutting The BEST combos for this agent is MK-2866,s-4..This trio will keeping you dry,dense and tight during a caloric deficit..Don't fuss or stress the lose of muscle because I assure you this will perserve your muscle and hinder atrophy due to loss of carbs/cals..

4 other products in the same category: