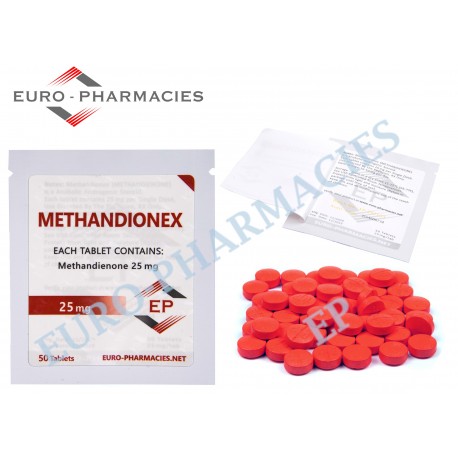 History:  Developed by Dr. John Zeigler in 1959 in response to Russia’s dominance in Olympic weightlifting, Dianabol was produced by the pharmaceutical company Ciba.  It quickly it made its way into gyms across the country, being used by both Olympic weightlifters, BB’rs and later, by a variety of sportsmen.  In 1990 the 1st Anabolic Steroid Control Act was passed, resulting in Dianabol’s mass-production by UGL’s around the world.  It remains so until this day.

Method of Administration:  Methandrostenolone is most commonly administered in oral form.  Injectable preparations of the drug have been produced by some UGL’s, although this practice has not been found to result in additional benefit.  Oral use is by far the most common route of administration.

Steroid Class:  Dianabol is a testosterone derivative, belonging to the testosterone-family of steroids.

Primary Effects:   Best defined as a mass-builder, Dianabol is an ideal candidate for off-season use, when the accumulation of mass & strength is the main objective.  To this end, Dianabol is widely considered one of the most effective steroids available; a claim which has been substantiated by decades of real-world experience.  Users can expect fairly rapid increases in size & strength from this drug, accompanied by a considerable degree of water retention.  While Methandrostenolone’s water retentive nature makes it a poor choice for those entering the end stages of contest prep, this trait can be beneficial for those attempting to build muscle size, as the cushioning effect it provides lends itself to heavy, pain-free workouts.  In contrast to many other steroids, some of which tend to make the user feel worse rather than better, Dianabol imparts an anti-depressant like effect, further increasing user satisfaction.  All in all, Dianabol is an excellent companion to run alongside other AAS, is fun to use, and gets high marks in the area of overall effectiveness.

Aromatizable:  Yes.  At higher dosages, Dianabol may require the use of either an anti-estrogen or a S.E.R.M, such as Nolvadex, in order to mitigate estrogenic side effects.

Standard Dosing Range and Cycle Lengths:   Methandrostenolone is most commonly used at between 20-100 mg per day for a period of 4-12 weeks in length.  Most users will find that 50 mg per day is more than sufficient.

Frequency of Administration:  Daily use; split into 3-4 equally divided doses.

24 other products in the same category: