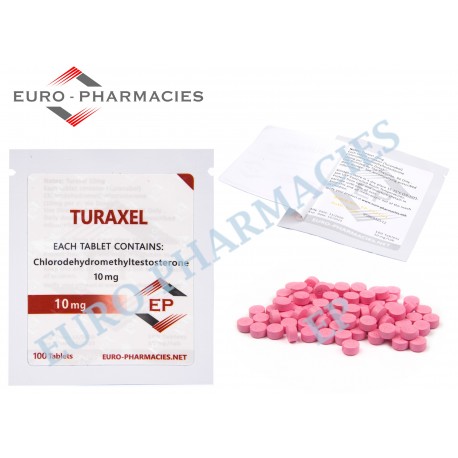 History:  Developed in the 1960’s by the East German pharmaceutical company, Jenepharm, this drug gained notoriety after being recognized as one of the key steroids utilized in East Germany’s doping programs.  Only in recent years, through the efforts of enterprising UGL’s, has this steroid been made widely available to BB’rs.

Method of Administration:  Turinabol is administered in oral form.

Steroid Class:  Turinabol is a testosterone derivative, belonging to the testosterone-family of steroids.

Primary Use:  Turinabol, like most of the other non-aromatizable orals, is best employed for cutting/pre-contest usage, as well as lean bulk cycles.  It will not provide the same gains in sheer bulk that you would find with the pure mass-builders, but when utilized at higher dosages, it does a decent job of adding lean muscle tissue.  Still, most will find that the drug is ideally suited to adding modest amounts of lean mass in conjunction with decent strength increases.  Technically, T-bol is closely related to Dianabol, with only a slight molecular modification differentiating the two.  In fact, T-bol was originally designed to be a less side effect prone version of Dianabol, although these expectations didn’t exactly pan out in the real world.  Turinabol possesses a slightly stronger androgenic punch than Anavar, although the two are very close in this respect, making it suitable for those trying to avoid androgenic side effects.  Many also find this drug pleasant to use, not having a negative influence on the well-being of the user in either a mental or emotional sense.  Although there is no single aspect of this drug which sticks out as being extraordinary, it is well-rounded and can be stacked with basically anything, adding the cycle’s overall effectiveness.

Standard Dosing Range and Cycle Length:  Dosing ranges are pretty wide with T-bol, being administered at anywhere between 20-100 mg per day, although a typical dosage usually lies around 40-60 mg per day.