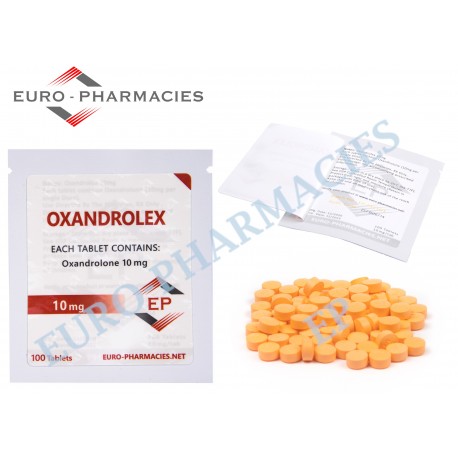 This product is no longer in stock

History:  Anavar, first released by Searle Laboratories in 1964, was indicated in the treatment of a variety of medical conditions and due to its weak androgen component, was the first drug approved for use in both women and children.  It was discontinued by Searle under its original brand name 1989, but was later re-introduced by Bio-technology General Corporation in 1995 under the name Oxandrin.  It is now prescribed for the treatment of H.I.V related weight loss, corticosteroid induced muscle atrophy, and Turner Syndrome.

Method of Administration:  Anavar is administered in oral form.

Steroid Class:   Oxandrolone is a DHT derivative, belonging to the DHT-family of steroids.

Primary Use:  Similar to Winstrol, Anavar is not a great mass-builder, but is well-suited to cutting/pre-contest usage, as well as lean-bulk cycles.  In fact, these two drugs are often used interchangeably, as both impact the appearance of the physique in very similar ways.  From a cosmetic standpoint, Anavar increases muscle hardness, muscle density, and vascularity.  Clinically speaking, Anavar has been proven to reduce bodyfat, increase bone density, enhance collagen production, and build lean muscle tissue.  While Anavar, like all methylated steroids, is prone to causing adverse alterations in one’s lipid profile, it demonstrates a reduced level of toxicity in comparison to other methylated AAS and is considered one of the mildest steroids in terms of side effects.  Anavar’s total lack of estrogenic, androgenic, and progestagenic side effects makes it an ideal drug for those who desire a pure muscle-building effect, without having to worry about things such as gynecomastia, hair loss, acne, water retention, etc.  For those of you looking to maximize your strength to bodyweight ratio, you can’t go wrong with Anavar.  When used at higher dosages, Anavar is one of the most effective pure strength drugs on the market.  This makes it useful for powerlifters and other athletes attempting to remain within a predetermined weight class.

Standard Dosing Range and Cycle Length:  Oxandrolone is most commonly dosed at between 40-100 mg per day for a period of 4-12 weeks in length.

Frequency of Administration:  Daily use; split into 2 equally divided doses.