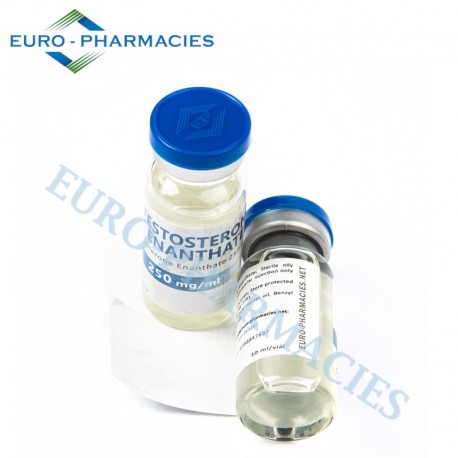 History:  The big-daddy of all AAS, from which every other steroid has been derived, is testosterone.  Its history stretches back almost 100 years…to the early 1930’s.  Its 1st documented use is claimed to be by Nazi Germany during World War II, in which it was administered to starving soldiers in an effort to increase mental acuity, aggression, and help retain lean mass during times of low food supply.  Afterward, it was used for performance enhancement by Russian Olympic lifters during the 1950’s and with little delay, it made its way over to America, where it was also used by Olympic lifters and BB’rs alike.  However, with the advent of Dianabol just a couple years later, testosterone largely fell out of favor and its use continued to remain relatively obscure until the mid-80’s, when a small contingent of BB’rs began to include it in their PED programs.  Still, it was not until the 90’s that testosterone assumed the role of lead steroid and by the turn of the millennium, it was considered an integral part of nearly every cycle.

Method of Administration:  Testosterone is administered in injectable form.

Steroid Class:  Testosterone is the parent steroid from which every other steroid, and each subsequent steroid class, is derived.

Primary Use:  Naturally produced by both men and women alike, testosterone is essential for the normal physiological functioning of both sexes.  It is the primary sex hormone found in men and a secondary sex hormone in women, which is responsible for regulating many of the defining physical, emotional, and mental aspects of our being.  However, it is the hormone’s effect on muscle hypertrophy which is of central interest to BB’rs.  In fact, despite testosterone being around for 80+ years, it is still one of the most effective muscle-building AAS available today.  Why?  Well, there are a few reasons for this.  While testosterone does not possess the greatest anabolic effect, per mg, through androgen receptor binding, its favorable safety profile allows it to be utilized at higher dosages for longer periods of time than most other steroids, providing a comparatively greater increase in protein synthesis.  In addition, testosterone works to build muscle through a variety of other mechanisms, such as increased androgen receptor count, increased IGF-1 levels, increased satellite cell activity, and increased growth hormone production….but that is not all.  Testosterone also improves nervous system activity and enhances the alpha male mind-set, which in turn may allow the individual to lifter heavier and harder, indirectly increasing muscle hypertrophy.  Another well-noted effect of this drug is its ability to dramatically improve sexual functioning and libido.  When combined with a drug like Viagra on an as needed basis, one can morph themselves into a virtual sexual superman at a moment’s notice. The benefits associated with this compound are numerous, with many claiming it to be their favorite overall steroid.  Testosterone is an amazingly well-rounded compound, being properly employed by BB’rs, strength athletes, and all other sportsmen.  As a general guideline, those seeking the maximum in mass & strength gains will likely want to utilize a higher dosage of Testosterone Enanthate, while those who are primarily interested in attaining a higher quality look to their musculature will want to use a lower dose, while relying more heavily on non-aromatizing compounds.  Testosterone Enanthate is known to cause water retention, so prospective users should take this into consideration when designing their cycles.

Aromatizable:  Yes.   At dosages beyond 300 mg per week, Testosterone Enanthate may require the use of either an anti-estrogen or a S.E.R.M, such as Nolvadex, in order to mitigate estrogenic side effects.