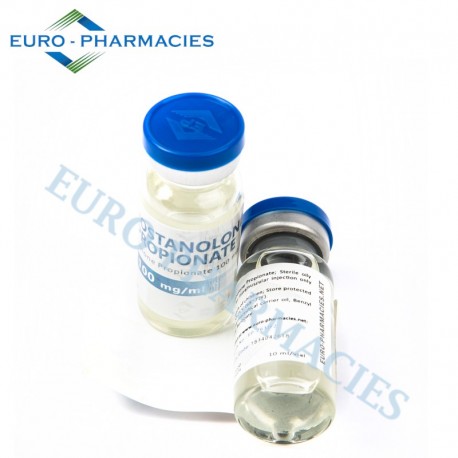 History:  Originally produced back in the 1960’s, Masteron was used almost exclusively in the treatment of breast cancer.  While it was effective for this purpose, it is no longer considered a viable treatment option for this condition, as more effective and less side effect ridden drugs have since become available.  Upon its initial entry into the blackmarket, use of the drug was limited, as both availability and cost issues prohibited distribution on a wider scale.  These days the cost has dropped considerably, with Masteron being readily available on the blackmarket from a variety if UGL’s.

Steroid Class:  Drostanolone is a DHT derivative, belonging to the DHT-family of steroids.

Primary Use:  Masteron is diverse drug, being employed for a variety of purposes in both BB’rs, strength sports, and other athletic endeavors.  Generally, it is viewed as a cutting steroid, as its lackluster muscle building ability does not lend itself well to this function, but where it falls short in muscle-building potential, it more than makes up for with its other benefits.  When it comes to BB’ing, Masteron makes a great pre-contest drug, due to its ability to decrease water retention, increase muscle hardness, enhance muscle density, and improve the overall quality of the physique.  For powerlifters, it is frequently used to increase strength without adding bodyweight.  This same trait makes it favorable for use in many other athletic disciplines, where an increase in muscle power relative to bodyweight is desired.  Masteron’s reputation for increasing both sex drive and aggression is well-noted, making it beneficial in both the weight room and the bedroom.  Additionally, the drug provides a pronounced anti-estrogenic effect, allowing steroid users to administer aromatizable drugs without fear of suffering from the typical estrogenic side effects like gynecomastia, water retention, etc.  As you can see, with such a wide range of potential applications, this drug properly finds itself a home in the program of just about anyone.

Aromatizable:  No (has anti-estrogenic activity).

Methylated:   Yes.  Methylation serves as a protective feature of most oral AAS, allowing the molecule the pass through the liver and enter the bloodstream intact, after which it can travel to muscle tissue and exert its muscle-building effects.

Standard Dosing Range and Cycle Length:  Masteron propionate is most commonly dosed at between 300-400 mg per week for a period of 6-20 weeks.

Frequency of Administration:  injected every other day to 3X per week.