> The perpetual cycle: Is traditional post-cycle therapy a dying breed?- By Mike Arnold 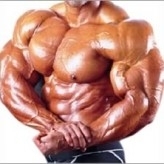 The perpetual cycle: Is traditional post-cycle therapy a dying breed?- By Mike Arnold

We now live in a day and age where the knowledge of performance enhancing drugs is increasing rapidly. No longer are we restricted to basic and infrequently supplied information from a limited number of sources. Every facet of BB’ing is evolving quickly and nowhere is this more apparent than in the area of bodybuilding pharmacology. It is little wonder then that the traditional approach to PCT is no longer viewed as optimal?

With recent advances in non-steroidal performance enhancers, our current approach to post-cycle therapy is becoming outdated. Prior to the indoctrination of PCT into the cycles of today’s bodybuilders, our original brothers in iron were left on their own when it came to restoration of the H.P.T.A. after a cycle of anabolic steroids. There were no drugs back then which BB’rs used to help bridge the gap between hormonal deficiency and normalcy. This less than desirable state necessitated lengthy off-time between cycles and in the interim, a BB’r could do nothing but watch as his months of hard-earned muscle gains withered away.

Fortunately, this situation was remedied as the introduction of PCT drugs began to make their way into the BB’ing community. This dramatically changed the cycling mentality of BB’rs, as it not only greatly assisted in gains maintenance, but also allowed them to reduce off-time in-between cycles, ultimately leading to more rapid progress. For reasons stated and un-stated, the arrival of PCT drugs was great boon for today’s bodybuilders.

It has now been a few years since these PCT drugs made their way onto the BB’ing landscape and much has changed since then. While the current trend in PCT has been immensely helpful, it is far from ideal. Up until now, the primary focus of PCT has been on restoration of the H.P.T.A. While this is an integral and vital piece of the puzzle, it is only one part of a more comprehensive whole. Anyone who has been in this game long enough understands the importance of normalizing testosterone levels as quickly as possible upon discontinuation of AAS, but regardless of how quickly we are able to normalize our endogenous testosterone production, we are still left with a sub-par anabolic environment…one which is not suitable for maintaining a steroid induced level of muscle mass.

The goal of any serious BB’r is progress and nothing hurts progress more than going backwards. Sadly, this experience is all too real for BB’rs who cycle their AAS, but with intelligent planning, we can now minimize, prevent, and in some cases even build muscle tissue when we come off AAS. The solution comes from looking at cycling from a new perspective and by implementing the most effective drugs BB’ing pharmacology has to offer.
Before I go any farther, let’s talk about the idea of cycling and what a BB’rs typically thinks of when he hears the word “cycle”. In most cases, “cycling” refers to a pattern of AAS usage in which an individual utilizes AAS for a pre-determined period of time, which is then followed by a set period of time off AAS. This cycling pattern is generally repeated for as long as the AAS user sees fit, but does a “cycle” have to involve the use of steroids the entire time the individual is “ON”, or can it involve any anabolic substance which contributes to our goals of enhanced muscle mass & strength?
It is with this idea in mind that we will look at how we might create a “perpetual anabolic cycle”, which not only accomplishes the usual goal of increased muscle mass & strength, but also allows one to achieve secondary goals (such as recovery of the H.P.T.A. and other bodily systems) at the same time.
This perpetual cycle can be designed a number of different ways, but for the sake of simplicity, let us stick with traditional guidelines as much as possible. So, in putting together this perpetual cycle, one would ideally begin the 1st part of cycle with AAS. However, in the 2nd part of the cycle, AAS are switched out for non-steroidal anabolic compounds that will not result in suppression to the H.P.T.A, while also allowing for recovery of the liver, cardiovascular system, reproductive system, prostate, kidneys, etc. A cycle composed in this manner would allow one to perpetually stay “on-cycle”, while still experiencing all the benefits a traditional PCT has to offer. This outcome is unique in the sense that neither those individuals who adhere to traditional “cruising” guidelines, nor those who engage in traditional PCT, are able to realize both muscle growth/maintenance and recovery simultaneously, all year long.

Part 3: The weapons of choice
Ok, now let’s answer the question that most of you have been asking, which is: “ What are the BB’ing drugs which can be used to gain muscle without HPTA suppression, nor result in liver, cardiovascular, kidney, prostate, or reproductive stress/harm?” Well, let’s look at several of the new(er) and more effective compounds available today, which are a perfect fit for the non-AAS portion of the perpetual cycle. Each one will be followed by a brief description:

In the real world, user feedback is very impressive in terms of its ability to help maintain/build muscle tissue after cessation of AAS. Additionally, users report a decrease in BF%, as well as improved muscular pumps during training.

While there are several other noteworthy compounds which could potentially be utilized with good effect in the 2nd phase of the perpetual cycle, I have chosen to list only the most effective for this purpose. It should also be mentioned that there are numerous effective OTC supplements available for purchase, which have been clinically demonstrated to exhibit impressive muscle enhancing effects in the body. With most of these supplements being priced relatively inexpensively, their role should not be overlooked as part of a comprehensive program.

The basic format of the perpetual cycle is explained below, which is followed by an example of how one might choose to implement these compounds into their own personal cycle. Financial resources, as well as personal preference, will determine an individual’s ideal cycle set-up.

How long an individual remains within Phase #2 is dependent on the length of time it takes
the aforementioned systems to recover. Once a sufficient recovery has been made, the user
can resume Phase #1 at their leisure, if desired.

Weeks 1-16 (phase #1)
AAS….along with anything else the user deems appropriate.

In conclusion, what we have here is simply a different method of staying “ON”, which permits an individual who has discontinued AAS to prevent/minimize gains loss…or possibly continue making gains (depending in his level of development), while restoring the HPTA and other bodily systems at the same time.
For those who have gone far beyond their natural limit of muscle growth and require large dosages of AAS in order to make gains, then the likely outcome will either be a prevention or minimization of gains loss during Phase #2. However, for those individuals using low-moderate doses of AAS, it is easily conceivable that such as individual could continue making gains during Phase #2 with a well panned set-up.
In days past, for many of us, PCT was sure to result in a substantial loss of gains, but with recent advances in BB’ing pharmacology, we no longer have to accept such unfortunate circumstances.