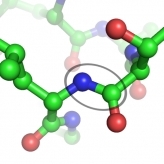 Hey guys, I wanted to talk to you about a cycle I put together for a friend a few months ago, At the time he was 5’10 225lbs and 20% Body Fat Making his Lean Body Mass at 180lbs, so after going through some options I put together a cycle for him that can be used for Bulking as well as cutting, and is a sure fire way to shred some fat and preserve and gain muscle. The end result after 90 days is a 5’10 212lb guy at 13% take a little, and he is still going! ( trying to convince him for a picture, but for now you will need to believe me )

After I layout the cycle for you, I will explain to you why I chose each individual compound, and give you a better insight on the peptides and aas Chosen.

Some of you are wondering or thinking what makes this different??  The secret is in the Peptides.  As you know one the most significant things people notice while on Synthetic HGH is rapid fat loss. Do you know why this occurs? Lipolysis, and the release of FFA’s (free fatty acids), caused by the pulse increased Growth Hormone in your body.  This is turn mobilizes excess fat, and limits it from re attaching and inhibiting your body as fat, But you still need to utilize the Free Fatty Acids and burn them off, or else after re consumption of food, they reattach, only to be released again on your next dose.

Before we Go any further, and talk about dosing protocols, and methods used to gain rapid fat loss, Lets go into what GHRP-2 and Mod-Grf(1-29) really is.

GHRP or (Growth Hormone Releasing Peptide) has 4 different options to choose from, in my experiment, I used Ghrp-2 this is a second Generation GHRP, The others are Ghrp-6, Hexarelin, and Ipamorelin.

Ghrp-2 Is more potent than GHRP-6 and Ipramorelin, GHRP-2 has a stronger effect on prolactin and Cortisol at all dosing levels rising to the high normal range. It has minimal Gastric affects, and should not cause stomach discomfort or major hunger pains like its counterpart GHRP-6, an effective dose of GHRP-2 is the same as all GHRP’s @ 1mcg per 2.2lbs of body weight, most users however dose at the saturation dose which is 100mcg. With GHRP-2 you do not need to cycle off, as your body will not desensitize to the compound.

And quickly the others

Hexarelin is just as strong as GHRP-2 but affects Prolactin, and Cortisol at much higher levels, Hexarelin has been shown to desensitize no matter the dose, and no matter the length of time used, and can happen at any moment, If this does happen, stopping use for a 8-10 day period will allow your body to utilize the compound once more. Hexarelin does affect gastric mobility and can cause stomach discomfort in users. Saturation dose is 100mcg

Ipamorelin is as potent as GHRP-6 , and does not affect prolactin or cortisol at any dose.  Ipramorelin does not desensitize, and use can be on going, without losing effect.  Ipamorelin does not cause any gastric issues, and will not increase hunger to the point of pain.  Out of the 4 GHRP’s Ipamorelin is the safest, and has the least amount of sides than any of the GHRP’s on the market today, however, GHRP-2 and Hexarelin are the most potent form of GHRP.  Saturation dose is 100mcg

GHRP-6 is as potent as Ipamorelin, and does not affect prolactin and cortisol under doses of 100mcg, but only affects these hormones minimally above 100mcg, GHRP-6 does affect stomach, and can cause major stomach discomfort in some users, It also increase Appetite greatly, and normally within 30 min after administration, Most use GHRP-6 to bulk with because of the increase in appetite.  Saturation Dose is 100mcg

Mod-Grf(1-29) Or more commonly known as CJC-1295 W/O Dac, ( but really isn’t lol ) Is a GHRH (Growth Hormone Releasing Hormone) Taken alone will be as effective as drinking your Test E, ( not effective ) but when combined with a GHRP it nullifies the presence of Somatostatin  which would halt a GH pulse. Think of Mof-Grf as an Amplifier, it takes the GH pulsed caused by GHRP’s and Amplifies its effect making the GH pulse received even greater. All the while turning “off” the presence of Somatostatin and allowing a high GH pulse. Getting Modified GRF is important because regular GRF such as cjc-1293 degrades very rapidly once injected, and the end result is a 4% usability, Modified GRF is Tetra Substituted. Because of 4 amino acid substitutions it will not rapidly metabolize in plasma and will make its way to the pituitary where it will affect growth hormone release, and the end result is a 90% plus usability in the blood stream.

Okay enough of that, we could go into the science of it all, but the purpose of this is to open your eyes to a new form of cycling, that we all can benefit from. The science part we can touch on later.

Now a lot of you over the years have read about GH being the kind of muscle growth and fat loss, but most of you cannot afford the required 6 month minimum, and or just can’t justify the cost, I don’t blame you! The reason HGH has such a pronounced effect on fat loss, is because it induces lipolysis which creates a release of FFA’s ( Free Fatty Acids ) Into the blood stream, mobilizing these fats allows the user to burn them much more effectively, even without cardio, a simple eca stack during the FFA release will result in the mobilized fats being burned. Now if the user consumes high amounts of fats, and or carbs within 1 hour after administration the FFA release is halted. Proteins do not affect the release.  You can mimic these fat loss affects buy creating GH pulses in your day with GHRP/Mod-Grf Stack. And at less than half the cost, what is stopping you? A 100mcg Dose of GHRP/Mod-Grf can result in a natural GH pulse of close to 15iu at its highest point 30 min after injection, over the course of 2 hours the pulse starts to decline back to base levels.  Not only will you enjoy a nice FFA release allowing you to burn fats, but now you are increasing your pituitary glands GH pulses naturally, resulting in improved muscle growth, better sleep, and joint and tissue repair… HMM doesn’t these effects sounds very similar to Synthetic GH?

Now, the recommend protocol on taking these Peptides is Morning upon Wake (Fasted) Post workout, and Pre Bed.

The reason we dose it like so, is to take advantage of the FFA and GH pulses at significant times of the day.

For example, If you are a coffee drinker, You wake up and take your morning fasted dose of GHRP/Mod-Grf you now have induced an FFA release, and during that first hour you have had a couple cups of coffee, that caffeine will start acting like a thermogenic burning off those fats that were stored from the day before! You can even take it a step further, and do morning fasted Cardio after your dose, and burn even more!

Now the Post Workout Dose, Dosing within 20min post workout will extend the Anabolic window due to  the increase in GH in the blood, as well as significantly increasing IGF-1 levels resulting in your body’s ability to consume more useable proteins, and quickly repair the damaged tissue’s from your workout, making them stronger, and fuller resulting in muscle gain!

The Pre Bed dose, will give you a better more rested sleep, the higher levels of GH will allow you to achieve REM faster, and longer. As well as the Release in FFA’S will keep your body anabolic as you sleep, No more catabolic worries while you’re sleeping!. Also being that the human body naturally creates the most amount of GH, and muscle growth while you’re sleeping, supplementing peptides to increase the amount of GH while you’re sleeping, will result in much faster recovery, soft tissue and joint repair, and a sense of wellbeing, all that are paramount to building new muscle.

Now if you want to save a little more cash, dosing at the two most important times, PWO and Pre Bed will still result, in great benefits, but Ideally 3 or more times through the day would be your best option.

Taken alone, without the use of anabolics is another great option when cutting, we take anabolics to maintain muscle mass while on calorie restricted diets. During the FFA release caused by the pulse of GH, those mobilized fats are now being used as a source of energy, keeping you full, and maintaining an anabolic environment, resulting in little to no muscle loss while on restrictions.

You can use these Peps for bulking or for cutting they are extremely versatile, If you are not worried about the FFA release, eat away 30 min after, you will still benefit from the GH pulse, but the FFA release will be halted. In the case above, easting was only restricted for 2 hours after morning dose, the rest of the doses I did not limit when he could eat, as long as it was 30 min after injection to gain full benefit from the GH pulses. That alongside a clean diet, clen, and minimal cardio. With the help of Test, Tren and Var his results are outstanding. He is currently off cycle, and on TRT but still using the peptides to continue his fat loss journey. I am doing the opposite, I am using them to bulk with, Dbol, Test,Tren, and peps, alongside 1mg folli next week! And my results have been excellent as well. I can’t wait to introduce the Myostatin Blocker.

If you haven’t already, grab you enough for 30 days, I assure you even within that short period of time, you will benefit from fat loss, improved sleep, better joint health, and Muscle recovery.